We continued our trek west on Hwy 70 then south on Hwy 191 on our way to Monticello, Utah (about 50 miles south of Moab. Saying goodbye to Colorful Colorado for now. Something tells me we will come back to this stunning area sometime in the future. The welcome to Utah sign says “life elevated”. What a great slogan!

We were able to get a spot at the RV campsite with an unobstructed view of the mountains. We arrived in the late afternoon so did no exploring. Tomorrow, however, it’s off to Mesa Verde National park. It’s about 70 miles from the campsite and the temperatures in this area are again in the mid 90’s, so we wanted to get an early start. The cool vests were charged up and bottled waters were frozen and off we went.

About 1400 years ago, long before Europeans explored North American, a group of people living in the Four Corners region ( where New Mexico, Arizona, Utah and Colorado meet) chose Mesa Verde ( Spanish for green table) for their home. For 700 years they lived and flourished in the area. They built elaborate stone communities in the sheltered alcoves of canyon walls. Local cowboys stumbled upon the cliff dwellings in the 1880s. We were able to walk down to one such structure and see it up close. It was a wonderful day exploring the park, on site museum and cliff dwellings. Here’s just a few of the photos we took. 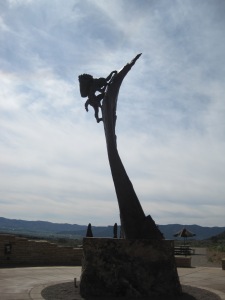 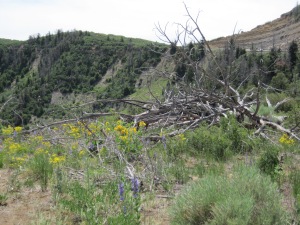 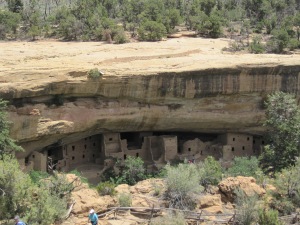 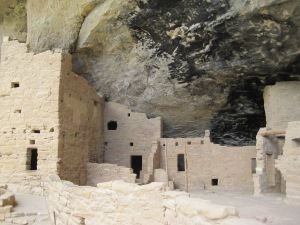 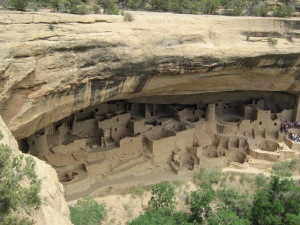 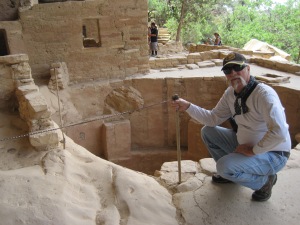