I’ve been looking forward to visiting Charleston  the entire trip. Several years back I visited Charleston for three days. While I was working in Washington DC I flew to Charleston and drove up to Myrtle Beach to meet up with my friend Dianne and her family. Three days in Charleston was only a teaser and I’ve longed to return. Finally the time was here. I love the vibe of the area and the way they have preserved the architectural history. When the colonists settled Charleston in 1680 (yes, you read that right, 1680) an urban development plan called the Grand Model established an orderly grid of streets. It’s easy to find your way around.

Charleston is known as The Holy City because there are so many churches.   Most very historic and beautiful.  Here’s a few examples. 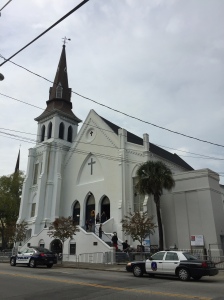 EAM Episcopal Church – site of the shootings by Dillon Roof

We camped at James Island County Park about 10 miles south of Charleston for five days. It was a very nice park with large sites, nicely separated by trees. Live oaks with Spanish moss covered the entire park. It’s a very large county park with the nicest dog park I’ve encountered. It was huge, had a side for big dogs and a side for small dogs and both sides had a small beach and lake the dogs could romp in. One day there was a dog agility competition that entertained me for a while on my walk. With our camping pass we could also visit and park free at the two other country parks in the area. On one of the few sunny days we had, we drove out to Folly Beach and spent the afternoon on the beach. It was wonderful. I learned that in 1934 George Gershwin stayed in Folly Beach for a summer. He absorbed the joyous music of church revivals and tones of Gullah spirituals, which became the musical score for Porgy and Bess. More about the Gullah a little later. 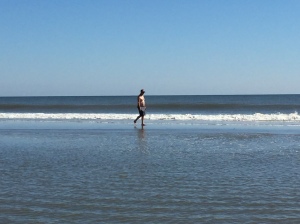 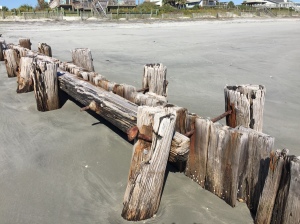 We took Uber into Charleston from James Island. We went straight to the Visitor Center and signed up for a mini-bus tour of the historic city. This helped me get the lay of the land and determine what I wanted to visit on my own over the next few days. We make it a practice to go to the Visitor Center when we first arrive. The people in the centers are knowledgeable and very helpful with their recommendations on what to see. And taking an organized tour provides an overview and the history of the area. We had the tour bus driver drop us off at Fleet Landing for a delicious dinner before taking Uber back to the campground. When we pulled into the park it was dark and Christmas lights were on EVERYWHERE! I noticed the park folks were installing Christmas lights here and there, but I had no idea how elaborate the lighting was. I thought “Wow, this is really early for Christmas lights; it isn’t even Halloween yet!” I was going to come back the next night and take photos, but, alas, no lights were on. On my walk the next morning I talked to one of the installers and he told me we got lucky. They test the lights on Thursday nights and then make appropriate repairs. The show doesn’t start until Nov 13. And lucky we were! The lights were really something. He said it takes them 2.5 months to install all the lights and it is a BIG money maker for the county.

On Halloween I went to the Low County Bistro for dinner and the Dock Street Theatre for Little Shop of Horrors. The play was fantastic! I’d forgotten the plot. They brought the “plant” in from New York where the play ran for several years on Broadway. It was the perfect thing to do on Halloween.

Little Shop of Horrors at the Dock Street Theatre

The next day we went to the Charleston Museum, which is the oldest in the country. 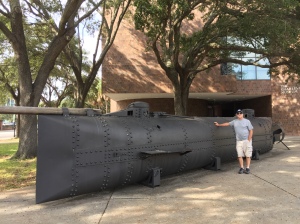 We walked through the Public Market and had southern BBQ at Queology. We also returned to Waterfront Park. There was no Spanish moss hanging from the live oaks because a hurricane blew it all away.

I spent a lot of time walking around the historic part of the city and soaked in the beautiful buildings, gardens and public spaces. 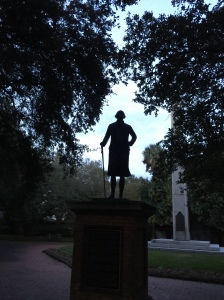 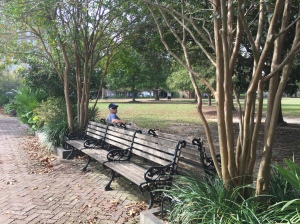 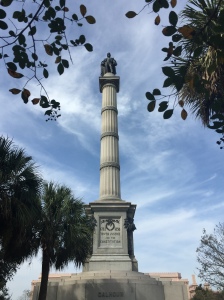 We had a wonderful time in Charleston and I would have been sad to leave if I hadn’t been so excited to visit Savannah, our next stop.